Things To Do & See

The area in and around Nenagh is full of cultural attractions and you will never be short of something to do. In addition, there are many commemorative events taking place this year as part of the 1916 Centenary and we list some of these below. Further attractions and events will be added as they become known during the following months.

Further events will be announced during the course of the year so check back for regular updates.

The XXXI Olympic Games 2016, Nenagh, Co. Tipperary (watch it live from Rio de Janeiro, Brazil - Ireland is only 2 hours ahead of Rio)


If you hear of an event that you think should be included, simply drop us an email at gleesonclan2016@gmail.com

For the latest information about what's on, visit the following websites:


Nenagh.ie - for local events in Nenagh

Ireland.com - for general tourist-oriented events around the country

Ireland.ie - for commemorative events associated with the centenary of the Easter Rising 1916 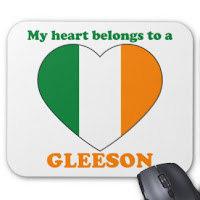